It Starts With a Smile 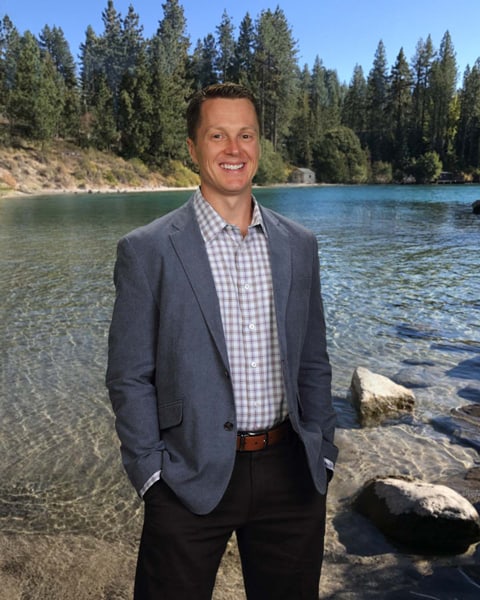 Growing up in the rural farm community of Ida, Michigan, with a father in construction and a mother who worked as a paramedic, Dr. Brent was raised with an appreciation for both hard work and changing lives through medicine. From a young age, Dr. Brent’s foremost hobbies of building model airplanes and playing the saxophone directed his focus to dentistry, a profession combining hand skills with helping people.

Further encouraging his future in dentistry, Dr. Brent honed his entrepreneurial spirit by starting a snow-removal business to help finance his undergraduate studies. His hard work and perseverance launched him into dental school at the University of Detroit Mercy. Dr. Brent excelled; and was inducted into Omicron Kappa Upsilon Honors Dental Society. He was also the sole recipient of the Maxillofacial Radiology Excellence Award.

Dr. Brent was eager to continue learning while seeing the world and was offered a position with the United States Air Force (USAF) in the Health Professions Scholarship Program. While appointed in the USAF as a DDS (Doctor of Dental Surgery), his professional achievements really “took-off”. Because of Dr. Brent’s appreciation for the beauty of natural and healthy teeth plus his close attention to detail, orthodontics seemed a perfect match. After six years of refining his skill set in general dentistry, he became 1 of 6 dentists across the military selected into orthodontic specialty training at TORP (Tri-Service Orthodontic Residency Program). Dr. Brent quickly accumulated extensive experience in interdisciplinary care and surgical orthodontic treatment while collaborating with Oral & Maxillofacial Surgeons stationed around the world. 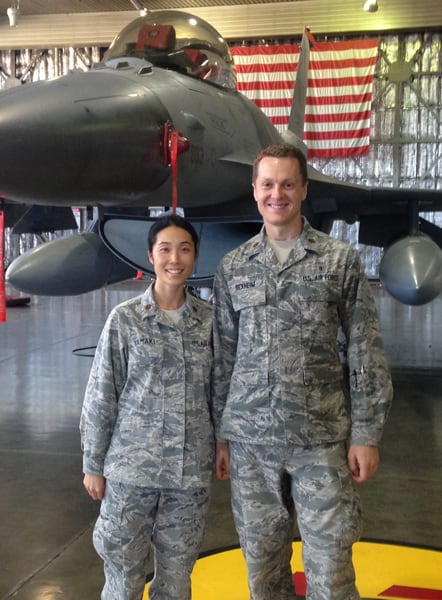 During his 10+ years of Active Duty service in the Air Force, Dr. Brent achieved the rank of Major while practicing dentistry and living around the world:

Dr. Brent’s professional achievements culminated with obtaining his Orthodontic Board Certification in 2014. It is a distinction that only 30% of orthodontists accomplish nationwide. Along the way, Dr. Brent and Ally traveled to many developing countries and remote parts of the world serving on short-term mission trips for those in need of dental healing.

“This has truly been one of the most humbling and rewarding parts of my career to date and we are committed to serving in this capacity well into the future.”

Although Dr. Brent met his wife in Italy, Ally was born and raised in Pearl City, Hawaii. Together they bring a melting pot of culture and experiences with them on many levels and are generous in sharing that with those around them.

If you see the Rickheims outside of the office, they will probably be making s’mores around the bonfire, hiking, boating, swimming, motorcycling, flying in the backcountry, skiing, snowboarding, camping, and enjoying nature or just about anything else this wonderful home of North Idaho has to offer. Ally also loves to cook and has recently completed culinary coursework … lucky for Brent, Finn, and their little girl, Isla.

“As you may be able to tell, we love life’s adventure and all that it has to offer. We hope we can share that enthusiasm with you.”

Sally Walter
I searched around for an orthodontist and my dentist referred me to them as well. So pleased we chose Peach. The ladies at the...

Melissa Peterson
Peach Orthopedics, is amazing! Lately I have had a lot going on and forgot appointments along with my child not brushing as well as she...

Audrey McNabb
I have been taking my teenage son here for the last 4 months and it’s been a great experience. The staff are super friendly. My...

Tawny Bernard
Peach Orthodontics was highly recommended to me when I first began my journey. I have been a patient for a little under a year. I...

Crystal Lindblom
We love Dr. Brent and the staff. My son has been going to Peach Orthodontist for 1.5 years now. Funny story, Dr. Brent and my...

Our Patients Are Smiling

Hear what our patients have to say about their experience with us!

Write a Review
Find Us